The Chairman of the Greater Cambridge City Deal Board has today underlined his commitment to listening to the public response on peak-time congestion control points.

Work is currently underway to assess the public response to an eight-point plan to tackle congestion in the city, including the concept of six virtual road closures on key routes to manage traffic. 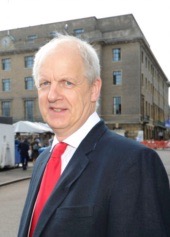 Cllr Herbert, leader of Cambridge City Council said: “Along with other Board members, I am immensely grateful to all the respondents who have provided a wealth of insight and information about how we can best tackle traffic congestion in Cambridge, and have responded in detail on the consultation that closed ten days ago.
“From what I have read and heard so far in responses to the consultation one aspect, the proposal for the six Control Points, has serious problems given the evidence on the scale of its negative impacts on city businesses and residents, and at this stage I am unconvinced that it is viable.

“I know that other Board members have also been considering these issues and share the view that that the proposed scheme for six Peak-time Congestion Control Points (PCCPs) needs full review.

“This will be part of the next stage once the City Deal has completed the assessment of all the 9000 returned surveys and over 1000 more detailed responses and prepared an initial report for the Board and Assembly, learning from the consultation responses.

“The officer team will then consider all the evidence, evaluate and work up further proposals for demand management to address growing peak-time central city congestion.

“Only by removing avoidable peak vehicle journeys can we restore bus reliability, cut massive journey delays for travellers, and end the wider damage to the quality of life of both residents and travellers and the risk to city’s current and future prosperity.

“It is heartening that there is clear and strong community support for this and tackling congestion and a recognition that a far higher percentage of journeys need to be non-car. And the eventual solutions need to be acceptable to the wider community, while recognising that no solution is going to be universally popular.

“Once work on the updated proposals and any additional options has been completed, I am also committed to ensuring that the City Deal again seeks the views of residents, commuters (including bus passengers), businesses, stakeholders and the City Deal Assembly before any final decisions.”