£100 million has been allocated for the Cambridge City Deal for the next 5 years. This money is primarily for infrastructure 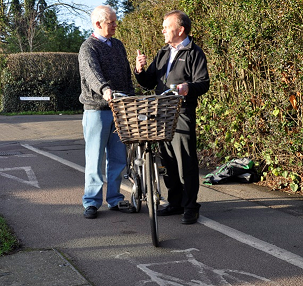 to address the issues associated with growth in the Cambridge area.

One of the projects that has been identified by the City Deal Board is bus priority measures on Milton Road between the Milton Interchange and Mitcham’s Corner, Cambridge. This is to address the increase in traffic due to house building at Waterbeach where a new park and ride site will be built. The earliest start would be 2017 with completion by 2019.

County Councillor Jocelynne Scutt and Mike Sargeant have been discussing the impact and potential benefits for local people with leader of the City Deal Board, Labour’s Councillor Lewis Herbert.

“It is vital,” says Councillor Scutt,”that Milton Road handles not only the need of commuters but also meets the needs of local people. The City Deal provides a great opportunity to address the problems of Mitcham’s Corner gyratory system, ensuring it is a vibrant area rather than a traffic hub.”

Mike Sargeant adds “There will be many challenges to balance the need for better public transport and cycling for this part of Cambridge and ensuring that local people’s views are taken into account. We have stressed this already to Councillor Herbert. Please let us know your views and concerns and we will pass these on to the City Deal Board and represent you in the consultations that will be an important part of the development of Milton Road.” 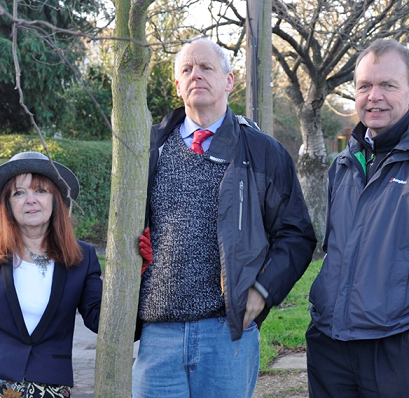