I was born and brought up in Crawley in Sussex where my mother was a life-long State Registered Nurse (she started her training at King’s College Hospital on day one of the National Health Service in 1948), and my father was an electronics engineer. I attended Hazelwick Comprehensive School before studying art and history of art at Reading University and the Courtauld Institute in London.

My political consciousness really started in 1980 when, fresh from art school, I joined with thirty other visual artists to convert a derelict factory into Chisenhale Art Place in London’s Mile End, one of the poorest parts of the country. Our community outreach programme provided (and continues to provide) an important point of social contact and arts involvement for local residents.

In 1995 I moved with my young family from Mile End to West Chesterton where we still live. My children went to Milton Road School and Chesterton and Impington Community Colleges. I have been an active member of Cambridge Labour Party since first moving to the city.

For many people the past decade has become increasingly difficult with the erosion of decent affordable housing, the rise of food poverty and homelessness, and concern for biodiversity and a sustainable environment.

Cambridge City Council under Labour has notched up major achievements during the past seven years during a period of unprecedented strain. First, in Housing, with the construction of a new generation of 500 eco-council homes, as well as the offer of accommodation for every rough sleeper, and ‘city of sanctuary’ status to help address the plight of refugees from countries including Syria and Ukraine. Second, in Public Services, where we have succeeded in maintaining key provision while extending the roll-out of the real living wage and funding for food hubs in our city – more below. And third, the Climate Emergency, in which we are implementing practical steps to achieve a zero carbon city council by 2030, as well as tackling the chalk stream crisis and securing 170 hectares of new public space and new allotments to help sustain biodiversity.

For me, Cambridge city councillors, residents’ associations and community groups all have a part to play in our local area.

One community group with which I am involved is Cambridge Sustainable Food (CSF), a community interest company tackling food poverty in our city. Food poverty has become a major issue due to the triple blow of wage stagnation, erosion of affordable housing supplies and steep rises in fuel and food prices. There are three main community organisations that are addressing food insecurity in Cambridge. 1. Cambridge City Food Bank is strictly for emergency use and requires vouchers from Citizens Advice: customer donations at supermarkets are distributed via six city outlets – including the Church of the Good Shepherd in Arbury. 2. Cambridge Sustainable Food (CSF) acts as the overall co-ordinator for the Cambridge Food Poverty Alliance and is the main supplier to community food hubs. Donations of local fruit, vegetables and basic foods coming from local businesses and supermarkets are taken to Buchan Street distribution centre and on to eight hubs (including Akeman Street), providing food parcels and hot meals – referral is unnecessary and no time limits apply. CSF also organises the ‘grow a row’ scheme for local people to contribute fruit and vegetables from their allotment or kitchen garden. 3. CoFarm provides organic produce distributed via CSF from its extensive kitchen garden site off Barnwell Road. 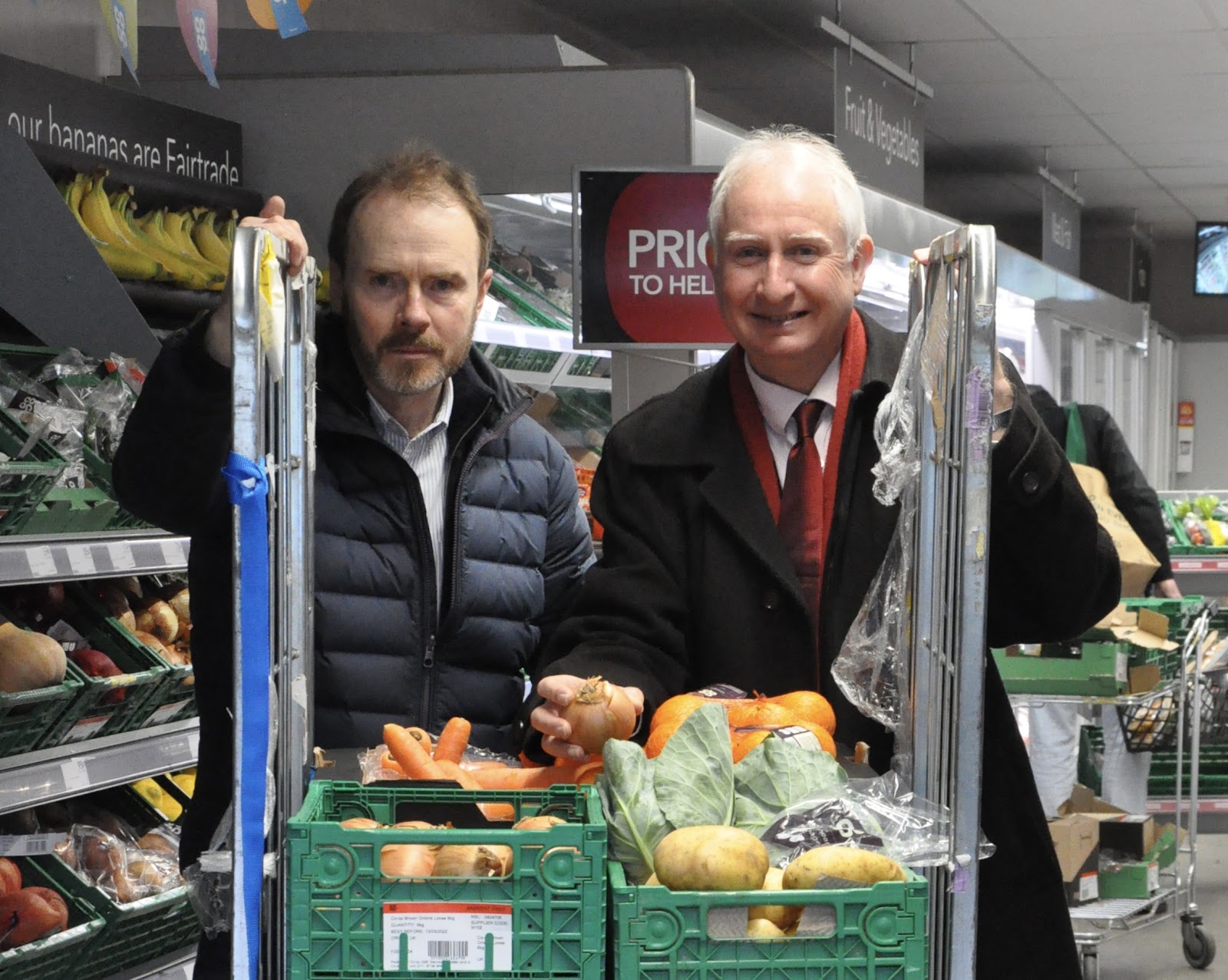 I am also a founder member of the Friends of Castle Mound which has supported councillor Jocelynne Scutt and former councillor Claire Richards in their successful fight to award Town Green status to the site thereby enshrining free public access in law to the forecourt and mound in perpetuity – a major victory for the public.

In West Chesterton I have worked with residents and councillors on many projects over the years. These include implementing the segregated cycleways in Gilbert Road with councillor Mike Sargeant which involved organising a series of public meetings to address cycle safety after a cyclist was killed directly outside my house. I would like to extend cycleways to eventually create a fully joined-up network throughout the ward and city.

More recently I have worked with councillor Jocelynne Scutt, local residents and the Milton Road Local Liaison Forum (LLF) to resolve major teething problems relating to the redevelopment of Milton Road. The final design closely reflects local needs, and includes segregated pavements and cycle ways, smart junctions, grass verges and an additional 92 semi-mature trees. Work is due to commence in June and will continue for 12-18 months: it is vital that there is strict oversight of the project all the way along – a lesson learned from the Histon Road project. I am also working with Jocelynne on public consultation to find a just solution for residents’ parking in the greater Milton Road area.

Finally there is the Jubilee Garden improvement project with funding secured by Mike Sargeant during his time as city councillor in our ward. The site stretches from the Boathouse Public House near Micham’s Corner along the north side of the river to the weir and lockgate and on to Magdalene College. When complete, residents of West Chesterton will be able to enjoy the beautiful view of Jesus Green from across the river, accessed by a new wheelchair friendly path leading down to additional new seating and landscaping.

With the retirement of city councillor Mike Sargeant, Jocelynne and I look forward to working with Sam Carling – who is also standing for election in our ward this May – along with local residents and community groups to put the community at the heart of West Chesterton.

For twenty five years, West Chesterton has been home to my family and me, and I have worked with councillors Scutt and Sargeant on many projects in our ward. This is the second time I have stood to represent West Chesterton. If elected on 5th May, my four priorities will be: 1. Expanding green initiatives, 2. Taming Mitcham’s Corner, 3. Tackling food insecurity, and 4. Making public transport and cycling more attractive.