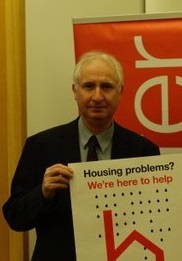 Speaking in the Commons Daniel Zeichner MP highlighted how the Cambridge News has run a series of articles about the impact of the housing crisis in high-cost cities like Cambridge.

Cambridge City Council has warned that the Government’s Pay to Stay proposals will affect a significant number of families on modest incomes and in some cases cost them an extra £3,000 a year.

Addressing the Government minister in the Commons Mr Zeichner asked: “What advice can the Minister give to those people? Where should they move to? Should they quit their jobs or do fewer hours?”

Following the debate, the Cambridge MP said: “Sadly I got no sensible answers from the Government today who seem hell bent on continuing their ill thought through, ideological attack on social housing and penalising those who get on”.”