Cambridge Stop The War Coalition’s petition was today handed in to the Ministry of Defence by local MP Daniel Zeichner.

The 700+ strong petition urges the government to ‘Stop bombing Syria’. 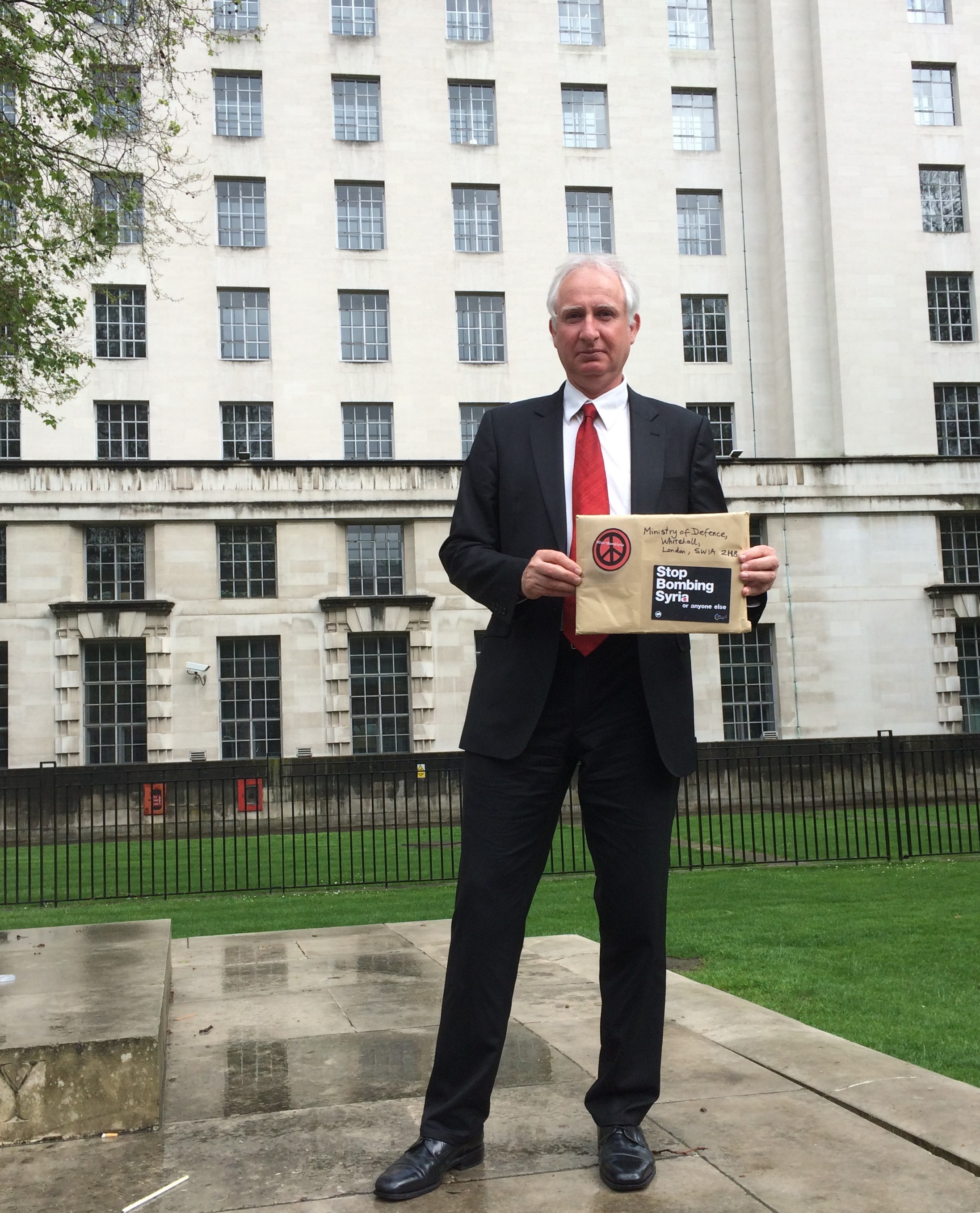 Daniel Zeichner MP said: “Today I wanted to personally show the Government that the people of Cambridge are against this war. I voted against extending airstrikes to Syria in December as I did not believe the Prime Minister had made anything like a compelling case, and sadly, I think the continuing violence in Syria rather proves the point.

The fight against ISIL/Daesh is not a conventional war. Air strikes against an insurgent terrorist organisation well versed in guerilla warfare are unlikely to be effective, and can be lethal to civilians, and counter-productive.

This is, of course, an extremely complex and rapidly changing situation and there is no easy solution to the threat ISIL/Daesh pose, but I remain convinced that the UK should not be participating in the bombing campaign in Syria.”