Daniel Zeichner attended a cross-party event in Parliament to support the TUC’s ‘Dying to Work’ campaign which is seeking to change the law to provide additional employment protection for terminally ill workers. 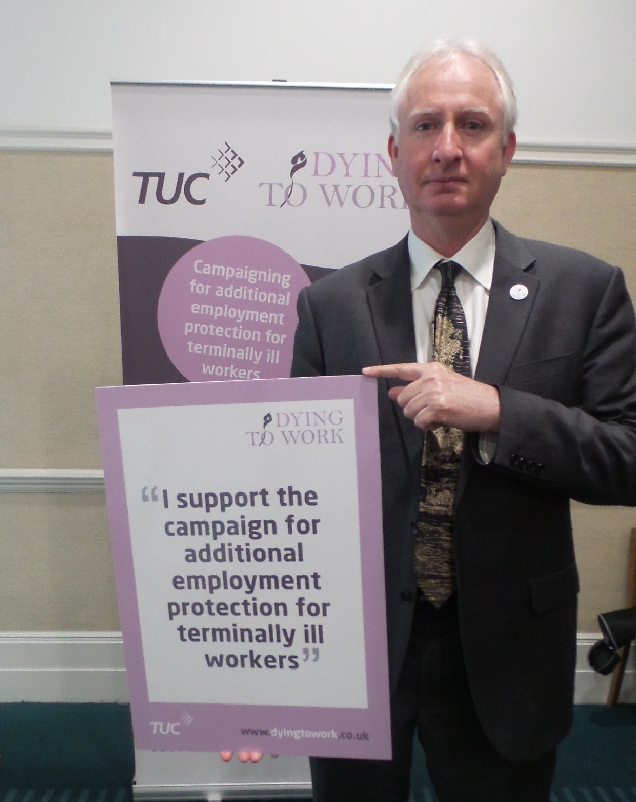 Dying to Work was set up following the case of Jacci Woodcook, a 58-year-old sales manager from Derbyshire, who was forced out of her job after being diagnosed with terminal breast cancer.

Labour MP for Cambridge, Daniel Zeichner said: “People battling a terminal illness deserve choice and shouldn’t be forced to undergo stressful HR procedures with the risk of losing the positive stimulation and distraction of work. Furthermore, it is shocking to think that if people with terminal illnesses are dismissed or forced out of their jobs that their loved ones will lose the death in service payments that the employee has planned for and earned through a life-time of hard work.”

In addition to support from across the political spectrum, the campaign has also been endorsed by a number of trade unions and charities, including Breast Cancer Care and Second Hope.

Furthermore, the company, E.On have become the first company to sign the Dying to Work voluntary charter to provide support to their employees and the campaign in a ceremony in College Green.

Mr Zeichner continued: “I am proud to back the TUC’s Dying to Work campaign and why I will be encouraging businesses in my constituency to sign up to the TUC’s voluntary charter to help ensure that the current law is changed.

TUC Deputy General Secretary Paul Nowak said: “Worrying about your job should be the least of your concerns when you receive a terminal diagnosis.

“It’s fantastic to have this event in Parliament as a chance for MPs from all parties to show their support and get involved in this campaign to make terminal illness a protected characteristic.”

“Hopefully now more employers will now follow E.ON’s lead by signing the Dying to Work Charter and we will see further action in Parliament to deliver this vital employment protection for terminally ill workers.”