Former firefighter and uniformed services academic Dave Baigent launched his election campaign for police and crime commissioner for Cambridgeshire and Peterborough on the streets of March. 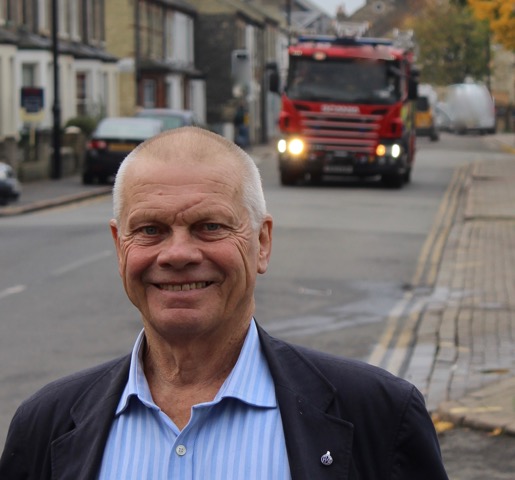 Community Policing is the Way to Go, says PCC candidate

Dave was in March tomorrow launching his campaign to be elected police and crime commissioner for Cambridgeshire and Peterborough on May 5.

He said: ”While the Tory police commissioner is slashing numbers of backroom jobs pulling professional officers and PCSOs off the streets to do paperwork, Tory councillors are talking about replacing them with volunteer street patrols.

‘Good luck to the volunteers but they’re not qualified to fight crime. What’s needed is the professionals out there, closer to the community they serve, backed up by fully-trained PCSOs.’

The son of a policeman and a firefighter for thirty years, Dave has a plan for modern community policing that he’s taught at degree level in Cambridge to would-be police and fire officers.

He said: ‘I’ll raise the profile of community policing to levels never before imagined, and it’s achievable.

‘The PCC election is about choosing the person who sets the priorities and budget for our police service.

‘I’ve studied the culture of policing and as a Labour city councillor I know ordinary people need a modern police force that’s close to the community, staffed by caring professionals. This needs to happen and it can be done within budget.’