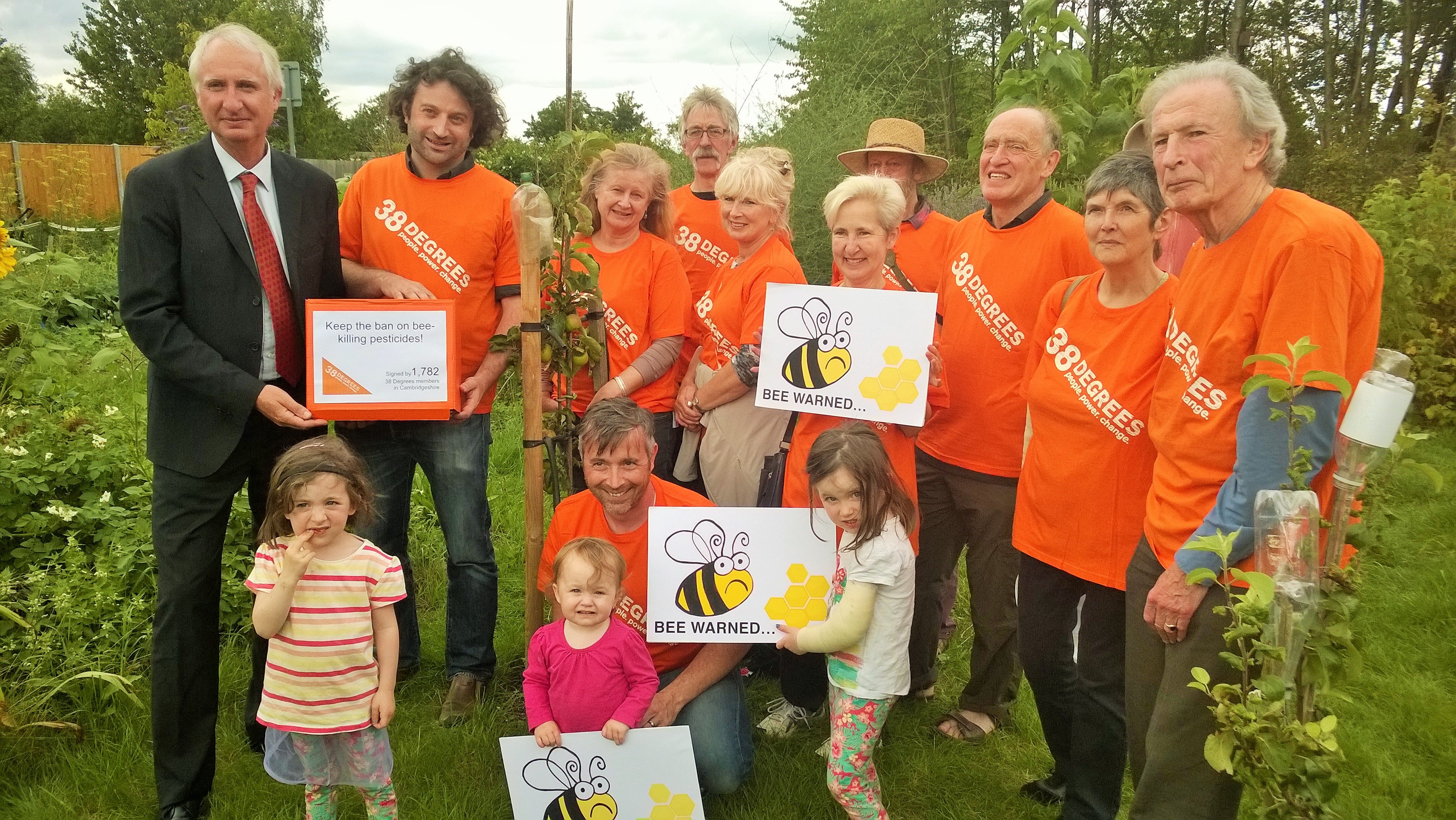 Daniel Zeichner MP has met Cambridge campaigners who are angry that the Government has given the green light for pesticides, which they say harm bees, to be used on 74,000 acres of crops.

The neonicotinoids, were part of an EU ban in 2013, when EU officials warned the chemicals could pose a ‘high acute risk’ to bees by changing their behaviour.

The Labour MP says campaigners have swarmed to voice their fury and he has received over 250 letters on the subject including from Dr Chris Forman, who researches biomimetic sustainability and is a local organiser of a bee petition.

Daniel Zeichner MP said: “I have contacted the Minister for Environment, Food and Rural Affairs and expressed my deep unease on the use of neonicotinoids and urged her to urgently introduce a ban.

Declining bee numbers and the impact this could have on food production, the economy and our countryside is a huge issue.

The LibDem/Conservative Coalition Government opposed the European ban on neonicotinoids and now the new Conservative Government has bowed to pressure from the National Farmers Union to allow these chemicals to be sprayed this Autumn. It’s time the Government put the planet before big business and their knee-jerk anti-Europeanism.”