Cambridge Labour Councillors last night agreed a Public Space Protection Order (PSPO) from June 2015 to reclaim for residents Petersfield Green play area, the over-60s recreation area on Ditchburn Place, and Mill Road Cemetery. There were no votes against the Plan in the final vote at the Council’s Strategy and Resources Scrutiny Committee to approve the Order.Local police said at the meeting the detailed approach in the new Order is right to make a real difference in cutting anti-social behaviour by drunk visitors to these spaces.The Liberal Democrats moved an amendment to say that the police should only be able to act when there people were engaging in the act of Anti-Social Behaviour at exactly the same time as drinking but Labour Councillors and the police representative at the Committee, Inspector Matt Johnson, said that the power was needed to tackle situations also when people were drunk before and after such acts as well. In the final vote, there was no opposition to Labour’s proposal, which was supported by local police, representatives and resident groups responsible for each of the three spaces, and 68% of the public in an extensive recent local Council consultation.Councillor Kevin Blencowe, who represents Petersfield, said: “I am confident the partnership between the Council and police in Petersfield, 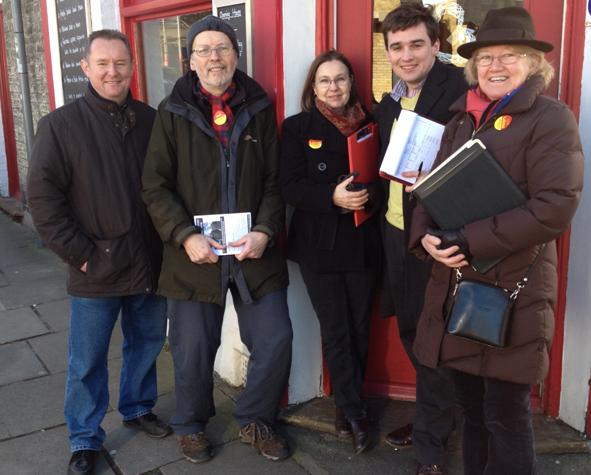 assisted by this Order, will result in a major reduction in alcohol fuelled anti-social behaviour on these precious spaces, and I will be working with local police constables and police community support officers over the next twelve months to achieve just that.”Councillor Lewis Herbert, Leader of Cambridge City Council who is also responsible for policing issues, said: “This is an intentionally clearly worded order for these three community spaces, which have suffered a decade of being taken over by groups of drunks, and a decade of inaction by the former Lib Dem-run City Council. Parents with children, elderly people and cemetery visitors including dog walkers and residents are entitled to action to protect them from being intimidated and stop excessive damage caused to these three number spaces, which are all that nearby residents have for recreation at this end of Mill Road.“Any further use of these powers needed in other locations will be considered, case by case, if needed and different approaches may be used to tackle anti-social drinking or issues like inadequate dog control in other local areas. This new measure takes effect from 1st June.”