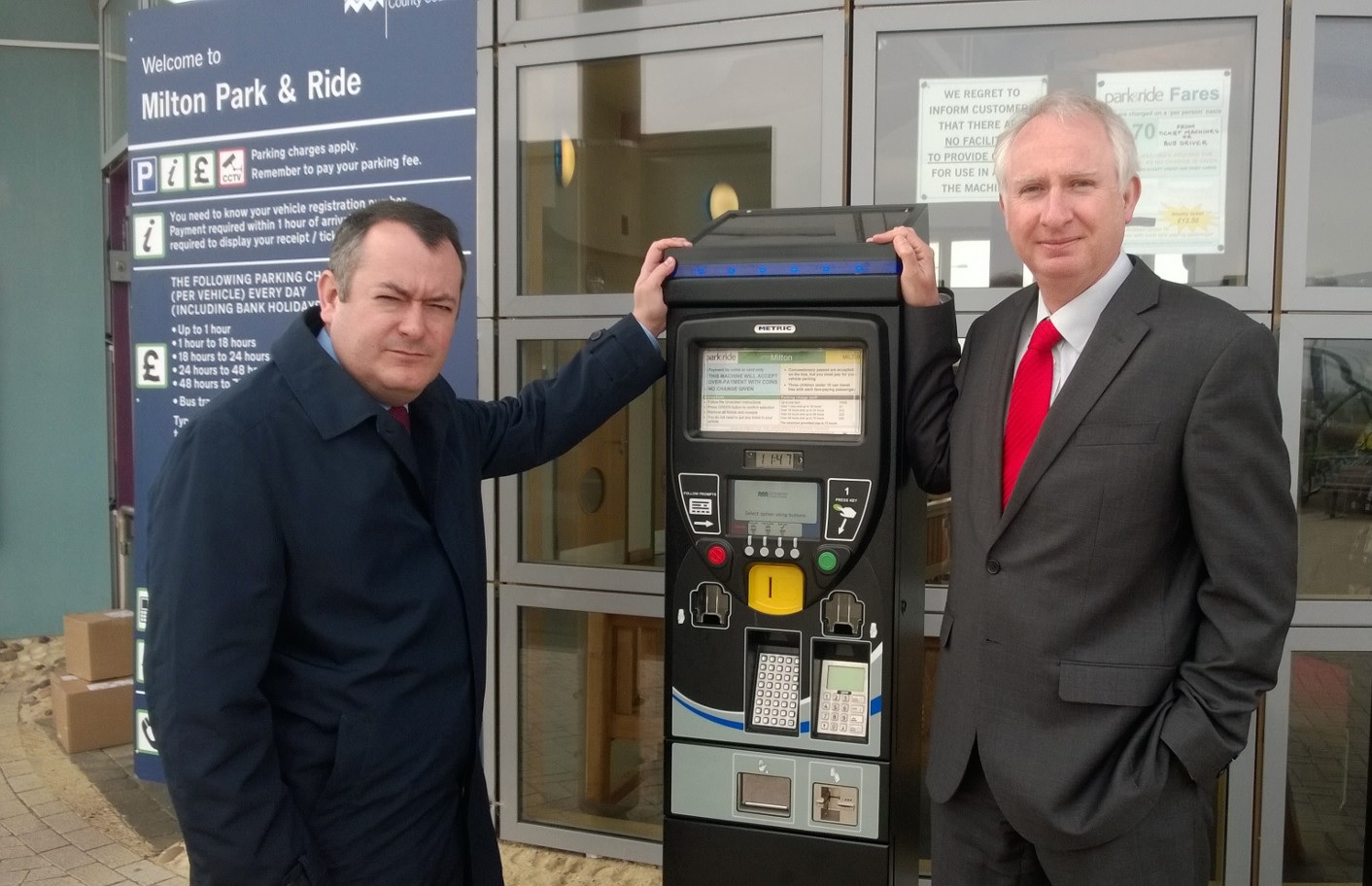 Shadow Transport Secretary Michael Dugher MP was in Cambridge at the Milton Road Park and Ride at the invitation of Cambridge Labour Parliamentary candidate Daniel Zeichner.

Mr Dugher visited the Milton Road Park and Ride site to see for himself the new confusing ticket machines which have caused long queues and added to Cambridge’s traffic nightmare.Daniel Zeichner, Labour’s parliamentary candidate for Cambridge, said: “I said from day one the parking charges were a mistake. They have led to more people driving on Cambridge’s congested streets. “Passengers have been left confused by the new machines and voted with their feet by getting back in their cars. “The Tory-led County Council are ignoring Cambridge’s needs.  “Cambridge deserves better than this. We need a local transport authority whose priority is to get the job done for Cambridge -; something the next Labour Government will establish.”