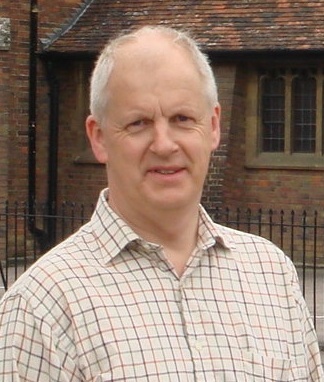 drunken groups taking over three repeatedly abused public spaces around Mill Road. Proposals to reduce anti-social behaviour, street drinking and drug use on public spaces formed a flagship Labour policy in the 2014 local elections when Labour seized control of the City Council from the Liberal Democrats. A report detailing the new plans will go to the Council’s Strategy and Resources Committee on Friday 13 February in response to police evidence and frequent objections by local residents and local Labour councillors.

Subject to consultation, the three public spaces set to see new controls and signs to combat street drinking and anti-social behaviour are Mill Road Cemetery, the gardens at elderly sheltered housing scheme Ditchburn Place and Petersfield Green by East Road. The cemetery and Petersfield Green have regularly been set as local police priorities especially at summertime to tackle drunken groups, drug use and anti-social behaviour.

The plans follow a recent campaign to protect the Alex Wood bus shelter next to Petersfield Green after residents in the Mill Road area reported that the bus shelter risked becoming permanently damaged by street drinkers urinating inside it and anti-social behaviour.

Cambridge City council gained new powers to use PSPOs in October 2014 with the new Anti-Social Behaviour, Crime and Policing Act 2014. The legislation enables the police and councils to tackle specific locations blighted by anti-social behaviour. There will now be a full public consultation led by the City Council before the final decision on implementing the PSPOs is taken.

Councillor Lewis Herbert, Leader of the City Council, who leads on policing and public safety, said: “There have been persistent problems for the local community on these specific public spaces and we want to consult now so that a decision can be taken on proceeding with measures to end anti-social behaviour by the summer, a time when Petersfield residents regularly experience problems at each of these three locations. We will work closely with the police on any agreed changes and manage implementation to prevent the risk of similar problems arising in other areas around Mill Road.”

Councillor Ashley Walsh, who represents Petersfield and was involved in the campaign to protect the Alex Wood bus shelter, said: “Complaints have been raised by residents and councillors alike for several years that street drinking, anti-social behaviour and drug use have closed off these vital public spaces for locals. The cemetery needs to be preserved as a place of remembrance and a valuable recreational space in a built-up urban area. Parents are concerned that the recently refurbished play area on Petersfield Green is not always suitable for young children. Elderly and vulnerable residents at the sheltered housing scheme on Ditchburn Place have a right to live in a clean and safe environment.

“It isn’t our objective to ban drinking generally in public but residents in Petersfield, as across Cambridge, deserve clean and safe public spaces and should be able to live in communities free from anti-social behaviour, intimidation and outrageous drunken behaviour. We also expect the change to result in reduced damage and vandalism.”