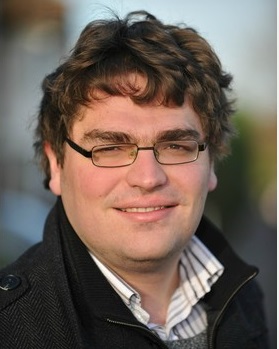 -; the biggest review in 20 years. It has found that the outgoing Lib Dem administration stashed away as much as £12.1m of earmarked reserves in bank deposits earning negligible interest -; funds that could have been put hard to work for the people of Cambridge to reduce the need for cuts and stabilise the council’s finances.

The Labour City Council has also found that the Lib Dems had placed large numbers of underdeveloped projects -; worth up to £4m -; on the council’s capital plan without detailed planning or business cases.

In total, Lib Dem financial mismanagement has been shown to have squandered over £1m each year in foregone income. Whereas interest on their uninvested balances garnered around £197,600 annually, these funds could have been invested to produce up to £1,027,400.

Labour’s budget proposals turn this neglect around by identifying unused reserves and capital funding for investments mostly in property. This will earn the council at least £650,000 per year from 2016/17. That figure could rise to over £1m per annum by 2017/18, reducing the need for cuts and protecting frontline services.

Labour will also send a lot of the ‘back of a fag packet’ Lib Dem capital projects back to the drawing board -; giving the capital plan a breather so that projects can be delivered promptly. This will mean residents will actually see badly needed improvements to items like playgrounds, parks and sports facilities delivered rather than just talked about.

Labour’s Executive Councillor for Finance and Resources, Cllr George Owers, said: “It comes as no surprise to me that, after the Folk Festival and Icelandic Bank debacles, Lib Dem financial management has been found to be so incompetent. They have been caught asleep at the wheel, underusing millions of pounds of taxpayers’ money which could have been working hard for the city.

“They have also been shown to be disgracefully incompetent at managing capital projects, repeatedly overloading the capital plan and plucking imaginary numbers out of thin air to give a sheen of science to a series of opportunistic political guessing-games. Luckily, we are now correcting this legacy of neglect, but it illustrates how unprepared for power the Cambridge Lib Dems are. I believe that the people of Cambridge won’t give the keys of the car back to the party that crashed it, the Lib Dems, for a long while.”