Cambridge Foodbank is playing a vital role in helping very vulnerable
people in and around Cambridge -; but public authorities should be doing
more to help, says Labour’s Parliamentary Candidate Daniel Zeichner
following a recent visit.

Mr Zeichner joined City Councillor for Abbey Ward Richard Johnson on a
tour of the Cambridge Foodbank warehouse, and discussed the latest
statistics on usage of the service with managers and volunteers.

The latest statistics show 4712 people receiving support from the
foodbank in the last year, of whom over a third (1664) are children.
Over a quarter were turning to the foodbank because of very low income,
with the majority facing a short-term crisis caused by delays and
changes to benefits. 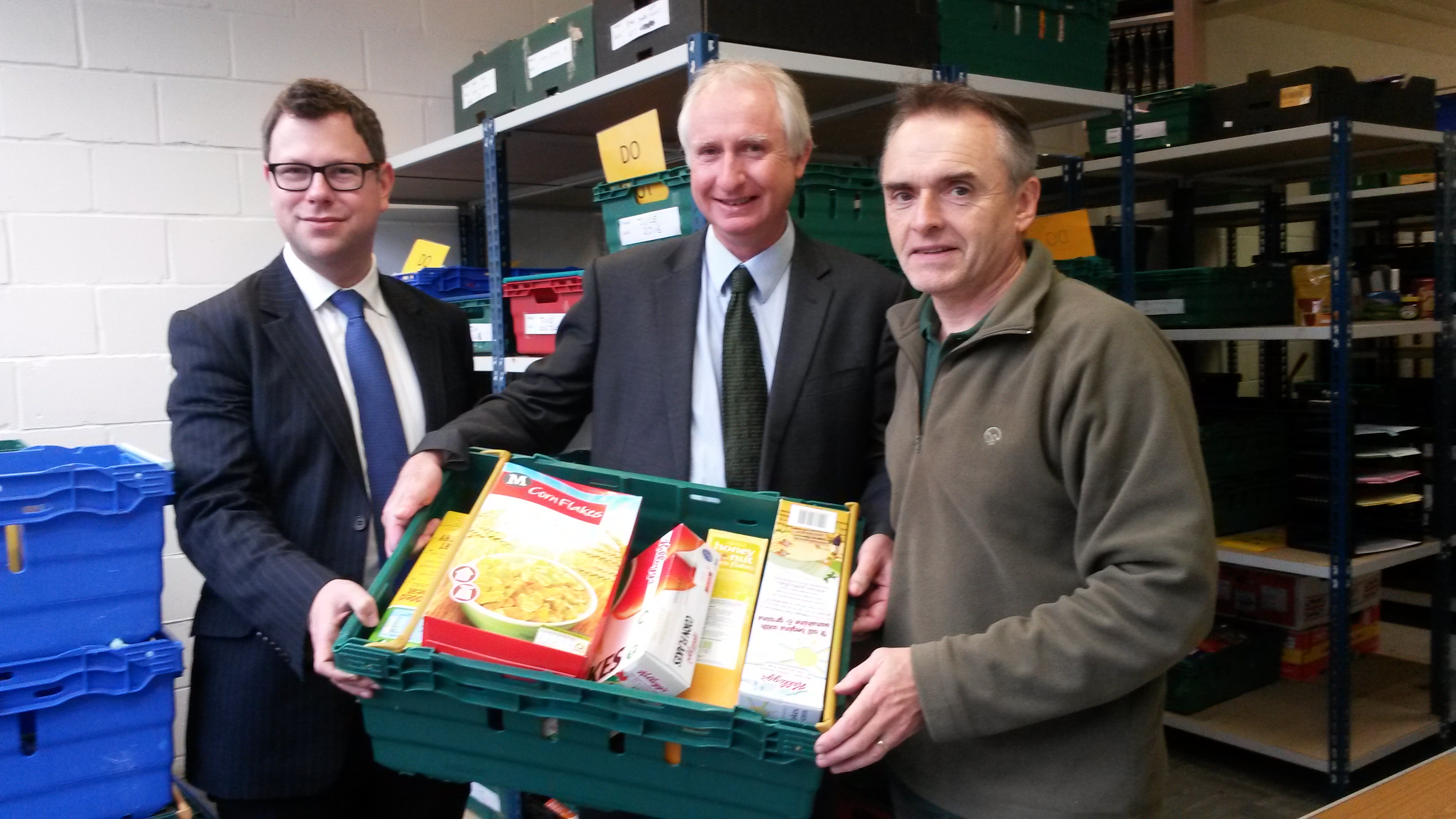 Mr Zeichner says that the foodbank is fast becoming a pillar of the
local welfare system, and public authorities should consider the best
ways in which they can help:

Volunteers are doing a terrific job, but with the County Council about to abolish their local assistance scheme, it is surely time for  the local authorities to consider giving more help.  The people running and volunteering at the foodbank agree with me that their role should not be necessary in a rich country -; unfortunately the way the Government is punishing our most vulnerable citizens means that we are going to need the foodbank for some time yet. In those circumstances, they need all the help they can get.

Picture attached shows Daniel Zeichner and Councillor Richard Johnson with foodbank volunteer James Dore who has helped at the foodbank for the last two years.