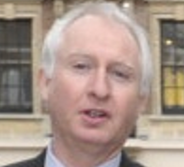 claimed Labour’s Daniel Zeichner after a vote last night in the House of Lords.Tenants and landlords both pay their letting agent for arranging their tenancy contracts. On average tenants pay £355 to their lettings agents every time they move -; while Shelter found some tenants being charged as much as £700 in total.  54% of people surveyed said they faced financial difficulties covering such fees.Labour’s Amendment to the Consumer Rights Bill sought to end these fees for tenants but was defeated by LibDem and Tory peers. Daniel Zeichner, Labour’s Parliamentary candidate, responding to the vote said:“Postgrads and 4th years tell me they have an awful time trying to find affordable accommodation in Cambridge. “Some letting agents are exploiting the pressure caused by a shortage of housing to charge extortionate fees so it’s very disappointing that Lib Dem and Tory Peers failed to back Labour’s measures to tackle rip-off letting agents. “The next Labour Government will ban letting agent fees on tenants, end the practice of double charging and improve consumer protection.”

“By their opposition to these proposals this Government has shown it has no understanding of the impact of the rip off fees agents charge and it is students who end up paying an extortionate price for their failure to act.”
Share —