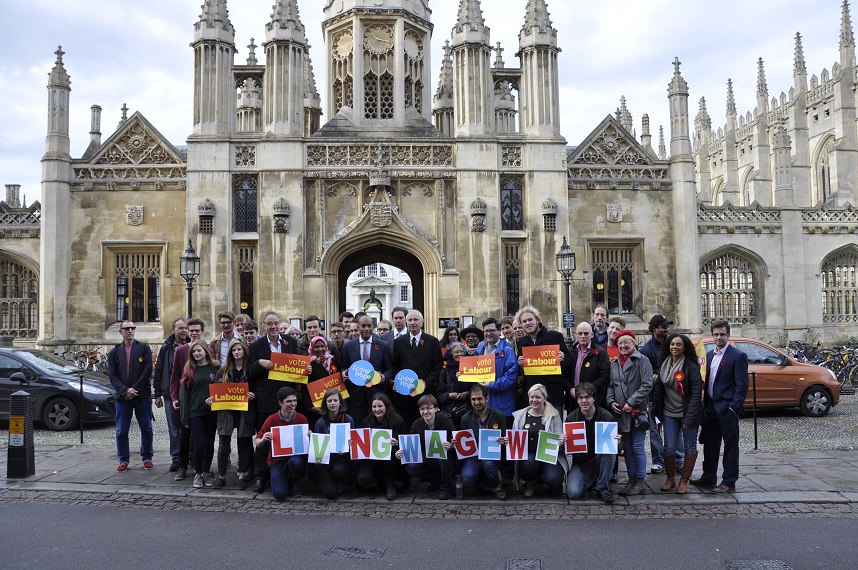 Students have been heavily involved in getting Colleges to pay the Living Wage.

The Living Wage campaign is about employers, employees, campaigners and communities coming together to build a stronger, fairer economy from the bottom up. Employers have found that paying the Living Wage can make good business sense, generating savings by boosting productivity and morale. But under this Tory-led government the number of people paid less than the Living Wage has risen from 3.4 million to 4.9 million over the past four years.

For working people things are getting harder not easier -; yet David Cameron puts a privileged few before hardworking families. The Tory failure on Living Wage is just another reminder that the Tories can’t build a better future for working people because they stand up only for a privileged few. The Lib Dems might like running away from their record as part of the Tory-led Government and trying to pretend that Tory policies are nothing to do with them -; even though they voted for them. But the Tories couldn’t have done it without them.

The Tories are failing on living standards

Low pay has got worse under the Tories and is fuelling the cost of living crisis. It is also one of the long term drivers of rising social security bills:

The Living Wage is just one part of the Tory failure on cost-of-living. Under the Tories’ failing plan too many people are treading water, working harder and harder just to stay afloat, and worried that the next generation are finding it harder to get on than the last:

David Cameron claims this economy is fixed, but their plan has seen a recovery which is benefiting a privileged few far more than most families: