Please read our letter and make sure you vote on Thursday 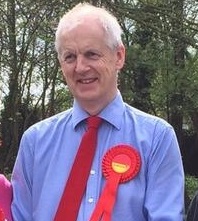 This Thursday YOUR vote really can decide who wins in a key ward, and decide who runs our great city.

Vote Labour so we can work for ‘One Cambridge -; Fair for All’.
Vote for a Labour-run council so we can build more affordable homes, tackle congestion and protect your essential services.

Cambridge is a ‘Tale of Two Cities’, and the divide has grown since 2010 due to the Coalition Government.  Thousands earn less than the living wage, but rents and house prices have spiralled.

Labour Councillors will create a new ‘Sharing Prosperity Fund’ to ensure our economic growth benefits all parts of Cambridge, and tackle increased poverty caused by policies the Lib Dems have supported in the Coalition.

Contrary to repeated false LibDem claims “the Government is (NOT) providing Cambridge with a billion” to tackle congestion.  The City Deal only guarantees an immediate £100 million.  We will fight hard to get the rest of the money needed to prevent permanent gridlock, create bus services, park and rides, and extra cycling routes. Labour will also secure the major A14 improvements which the Liberal Democrats have consistently opposed.

Finally, we will protect your local services despite the massive Coalition cuts. We will immediately reverse the Liberal Democrat decision to axe pest control. We cannot gamble with disease.

THIS THURSDAY is your chance to change Cambridge for the better. With Labour currently holding 18 council seats and the Liberal Democrats 21, this is the first election for a decade where your vote really can change who runs Cambridge.

Don’t waste that chance! Cambridge badly needs fresh leadership.  Use your vote to help deliver it on Thursday -; you have until 10pm!

PS If you have any questions ring us on 01223 500515.  And for our detailed policies visit www.cambridgelabour.org.uk/manifesto.