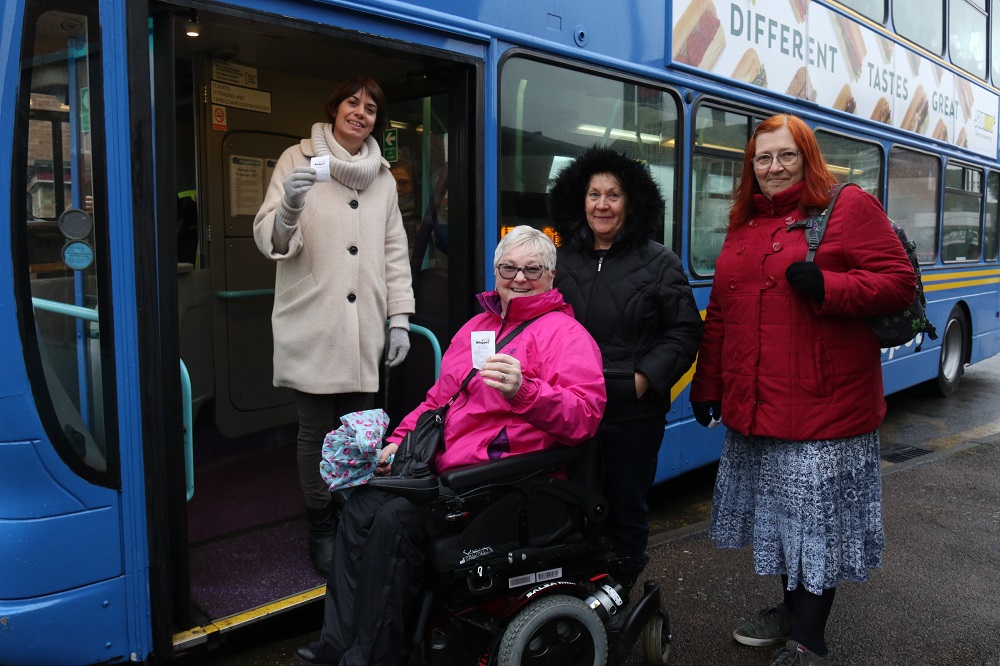 morning to catch the 0934 bus which was the first stop for the new 117 Whippet Coaches bus service to the City Centre from East Chesterton.  A petition to save the service had been signed by hundreds of East Chesterton residents in December and supported by Cambridge’s MP, Daniel Zeichner, following the news that Stagecoach were withdrawing their own service from the Fen Road area.

Daniel Zeichner said: “I am delighted that Whippet Coaches have introduced this new service which is essential for residents in the Fen Road and High Street area to get into the city and I hope that it will be very well used.”

Councillor Gerri Bird added: ” There are many elderly people living in this area and this bus service is a lifeline to get them into the city centre and the shops, or to catch further connections out to Addenbrookes or to supermarkets such as Asda at the Beehive Centre. It’s great news that Whippet stepped up to provide the route and I’ll be catching it myself in the future.”

Kelley Green, who led the campaign to retain a service, said: “Over 350 residents in the area signed the petition to save this service and this morning lots of them came to celebrate and catch the first bus. Buses are very important in reducing the number of cars going into the city