What are your views on City Deal for Milton Road? 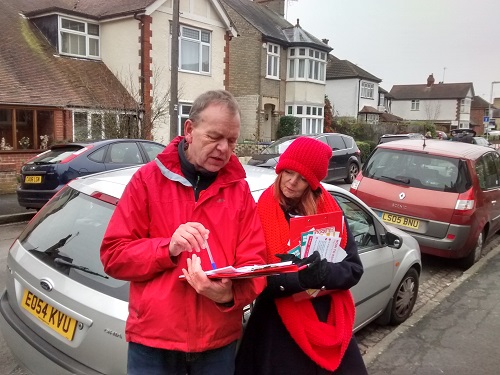 Cambridge on a daily basis.  We also have pollution in roads around Elizabeth Way.

Labour believes the answer is to increase the use of public transport, cycles and walking.

Traffic on Milton Road is regularly congested. Few buses stop for local people. At Mitcham’s Corner bus routes pass through but many of the longer distance and Park & Ride don’t stop. This is despite about 1000 people working in the area and the resultant pressure on parking.

So what is the answer?

The Greater Cambridge City Deal with representatives of Labour, Liberal Democtrat and Conservative Parties have £100 million pounds to spend on tackling congestion and are looking at  £23 million being spent on Milton Road from A14 to Mitcham’s Corner. Sounds a lot, but will it be spent wisely?

Jocelynne Scutt and Mike Sargeant are out every week finding out your views.