Although Mitcham’s Corner looks like a building site,  plenty of green shoots show it is becoming a local centre to enjoy rather than a traffic roundabout. 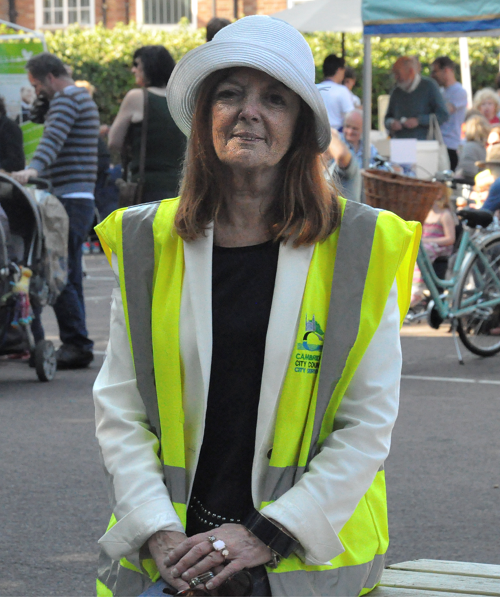 Soon after taking  back control of the City Council, Labour appointed Polly Plouviez as Chesterton Coordinator. A lot of Polly’s work has been behind the scenes -; encouraging businesses that West Chesterton is the place to be.

Polly  has  also been working with the Friends of Mitcham’s Corner and  City and County Councils on longer term plans for Mitcham’s Corner including removing the gyratory system which has blighted the area for so many years.

Applauding the hard work put in by the community and the way so many people joined in to make it a success., County Councillor Jocelynne Scutt  said: “I had a great time at the Festival and enjoyed seeing so many familiar and happy faces. West Chesterton is such a varied community with diverse interests, and it is great to see everyone working together as a community, and to be a part of it.”

Ideas for activities and improvements?

Contact Polly at the City Council, or  get involved with Friends of Mitcham’s Corner who are working closely with the  Councils developing an area Master Plan.

Plans are also under way for lighting up Mitcham’s Corner and Chesterton Road over the festive season. Polly Plouviez is  working on this with a lighting designer from e-luminate festival studios.

Local resident Carina O’Reilly, City Council Executive Councillor for City Centre & Public Places says: “Labour is committed to Cambridge being vibrant and successful in all parts of the city. Polly’s work shows our commitment to this and our officers are working closely with her in delivering for West Chesterton.”