7th May – Opportunity for West Chesterton

2015 looks as though it will be a turning point for West Chesterton. Two of the main issues that we have discussed on the doorstep are moving forward: 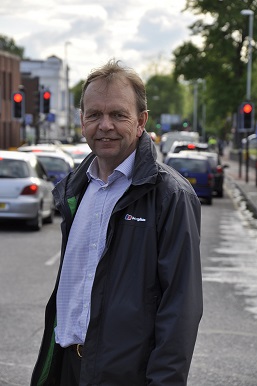 A large part of this is due to securing the funds through the City Deal for improved bus priority all the way from the A14 to Mitcham’s Corner. We also have the new Local Plan which names Mitcham’s Corner as an opportunity area with City Council working closely with residents and Friends of Mitcham’s Corner to provide a focal point for the ward where we can shop and enjoy.

Since moving to Gilbert Road in 2000, I have been heavily involved in local issues, having served as a Governor at Milton Road School and led on a range of initiatives including securing funding for a Sports  Pavilion for Chesterton Community College and representing your views at the City Council Planning Committee on the major developments affecting our area.