Stop the jam in Milton Road 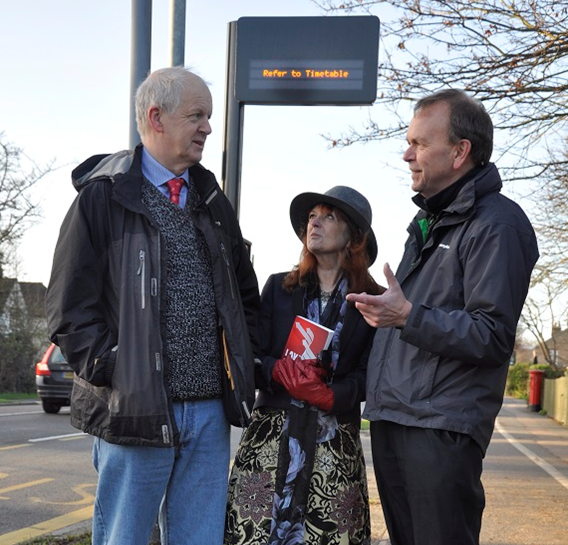 investment from the City Deal on Milton Road. Jocelynne and Mike Sargeant highlighted the need for investment in buses and cycling  to City Deal head, Labour’s Cllr Lewis Herbert.

Cllr Scutt has also called on the City Deal to mitigate the environmental impact. “We must address the transport issues caused by increased housing north of Cambridge through environmentally-friendly measures.”

Mike Sargeant, stressed the current dangers for cyclists on the road: “We must also preserve the tree lined nature of the road while supporting cycling, and providing buses that actually stop for local people” says Mike.

“City Deal funding also presents a great opportunity to address the issues at Mitcham’s Corner. Traffic has blighted the area for many years, a roundabout rather than a local centre. We will work with local residents to make sure the City Deal delivers for you as well as the needs of Cambridge and the surrounding area.”