We let you know last August of the plans for an Aparthotel at the junction of Gilbert Road and  Milton Road. Since then we 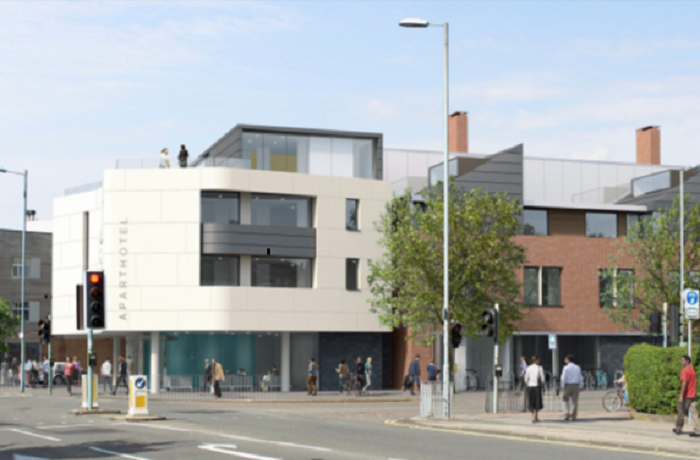 have spoken to the developers about your concerns. Although they have made some changes, we think they have still failed to make it acceptable for the area.

The submitted Planning Application is for an Aparthotel- halfway between hotel and apartments:

The Developers see “the junction …as a point of transition from a suburban character to the city centre. The distinct character and scale of Gilbert Road requires a response that is of an appropriate scale and that is not visually over-dominant. “

We believe they have failed West Chesterton.

Mike Sargeant spoke at the planning meeting which rejected the 1 Milton Road development. He would be very happy to speak on your behalf at the meeting which considers this application.